A taste for scented environments in white and black

A taste for scented environments in white and black

“A well-chosen fragrance can be a distinguishing characteristic.
It is the first thing people perceive when you walk into a room and the last thing they
notice when you leave.” – Giorgio Armani

This is true for personal fragrances and also for ambient air fragrances. Have you ever walked into an establishment that uses what is known as scent marketing? Far from advertising any of these companies in this blog… think of a famous coffee shop chain and its establishments with the smell of freshly brewed coffee, theme parks with the smell of popcorn wafting through the air or a chain of children’s shoe shops that smell of chewing gum.
Many textile brands use exclusive fragrances in their stores as a way of ensuring that their customers recognise where they are and to create a harmonious coherence between clothing style and scent. The aim is to make customers feel at ease, spend more time in the shop, stay in their minds and convince them to buy. And all with something as distinctive as a scent! As simple as an air freshener yet, at the same time, difficult to achieve.

As you know, it is a fact that ambient air scent can change how we behave.

A look at the history of ambient perfume

It is known that primitive man burned wood or resins as an offering to the gods. They believed that, with these scents, they were purifying the environment and facilitating encounters with them.
As these smells were fascinating, they were gradually incorporated into other situations, such as Egyptian burial sites.

In Greece, and later in Rome, perfume, for ambient air and personal use alike, continued to develop relentlessly. However, in the Middle Ages, there was an abrupt disruption to
the perfume “industry”.
In the West, the powers of the Inquisition and the Church saw perfume as a substance capable of clouding the senses and inciting sin, so they began to persecute alchemists. As a result, one would only come across perfumes in brothels or in the homes of noblewomen.

Meanwhile, in the East, they continued to be developed and new and more efficient ways to create perfumes were discovered.

In the 11th and 12th centuries, trade with the West was surging, as the Crusaders brought with them new perfumes from far-off lands.

The arrival of the renaissance also brought with it the renaissance of perfume and its use, personal and environmental alike, took hold and became popular to the detriment of cleanliness.

Curiously, it is said that the court of King Louis XV was known as “la cour parfumée” (the perfumed court), and each day had a different scent. Madame de Pompadour and Louis XIV were the ones who made applying perfumes to clothes, furniture and fans popular.

Therefore, air fresheners started being used as a way of masking bad smells. 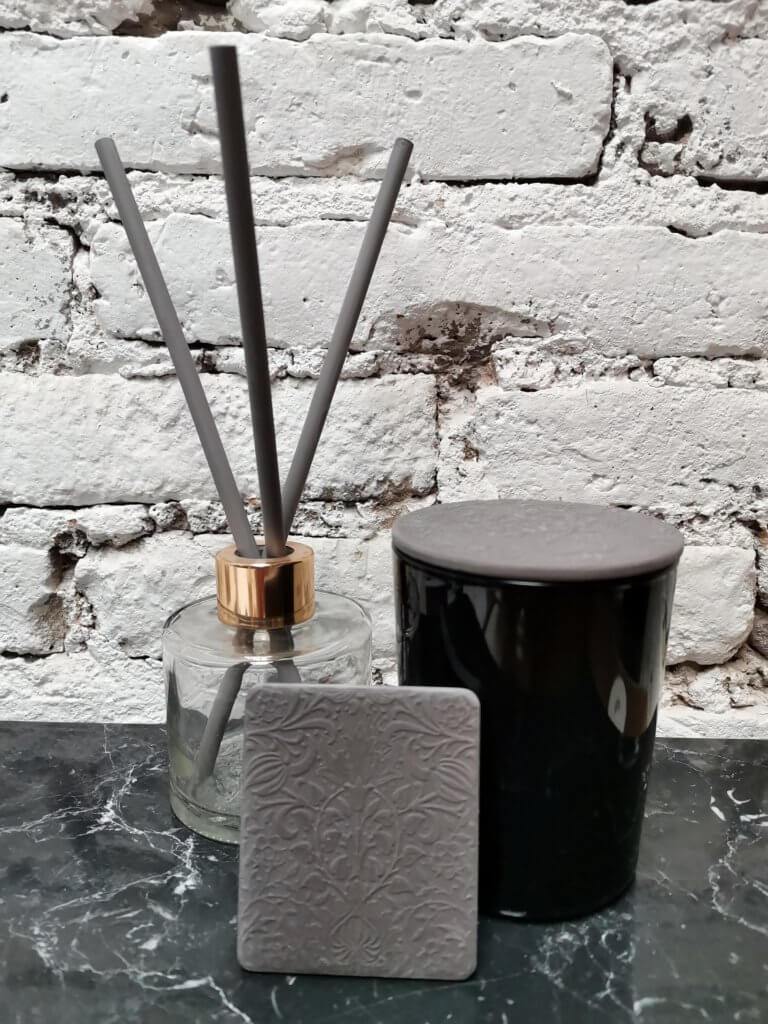 The 1950s saw the birth of the first modern aerosol “air freshener”, based on the US Army’s bug spray dispenser system.
Air fresheners started being sold in different types of spray cans, until concern arose about the negative effects of CFCs.
Therefore, other types of air fresheners started being developed, which were completely harmless for people with respiratory problems such as asthma, as well as not containing CFCs.

Air fresheners can be classified according to two criteria.

Depending on the type of fragrance:
● Natural
● Chemical

Depending on the type of diffuser:

They all have advantages and disadvantages, which would be enough for another article. However, I would like to focus on mikado air fresheners as they are also a decorative
element.

The intensity of the smell in this type of air freshener will depend on several factors:
● The number of sticks you use. I recommend putting as many as will fit in the
container, and turning them regularly, so that they become impregnated again.
● The quality of essence.
● The material the sticks are made of. The most common are natural materials such
as rattan or bamboo.

As you are aware, at CERÁMICAS ARCOLA we are always striving to innovate with the aim of adding value, which is why we have new “home fragrance” products:
● Mikado air fresheners with ceramic sticks.
With the ceramic sticks, the elegance of the usual mikado stick is taken to another level. It is a very exclusive product because there is nothing like it on the market (only we produce them).
The sticks come in different lengths and diameters (6 mm, 8 mm, 10 mm or 15 mm diameter). It works in the same way as the common mikado: the ceramic is impregnated with the perfume through ‘capillarity’.
● Rectangular scented porous ceramic tablet. In the case of the image, it is embossed. They are fully customisable.
● Scented candle with ceramic lid.
You can request free samples of these innovative products with no further obligation. We will be delighted for you to try them out and let us know what you think.